Smartphones categorized as Android phones, iOS phones and Windows phones do a lot more than just keeping you connected to the world. Apart from all the calling and social needs, these smartphones keep you going when you are all by yourselves. Be it the post break-up nights, the tiring metro rides or the hour long waiting you had been doing for your friend, who has still not arrived.

5 Top Rated Games for your Smartphones: 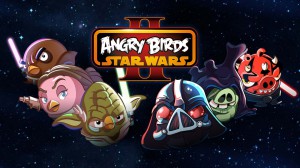 First featured on the iOS platform, Angry Birds is crazy physics puzzler game which has already registered more than 15 million downloads across all platforms and garnered likes from the gaming community, casual gamers and a whole lot of smartphone users. Developed by Rovio Entertainment, Angry Birds was first released in 2009 for the Apple iOS and still features amongst one of the top downloaded games, with many sequels and versions launching every now and then. Available for a free on Android, and for an upfront fee on iOS, Angry Birds is one must have game on your smartphones.

Amazingly funny looking graphics and comic characters, innovatively addictive gameplay etc. makes this one game, you should definitely have on your smartphones. 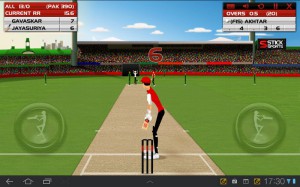 For all you fans of the game of cricket, turn up the World Cup Quotient and play on this amazing game of Stick Cricket. Available for free download on Android, iOS and Windows platform, play the best of cricket tournaments across all formats, only on Stick Cricket. Developed by Cann Creative, Stick Cricket is an Adobe Flash game featuring as one of the many games to be played under the Stick Sports banner.

Playing for the first time, you won’t figure out what to do and will fall face down on the wickets, to get out. But once you get your timings correct, hit each ball for a six out of the park. Fun with awesome graphics, the game looks completely like a real one. Watch out for those cheesy streakers, who run out in the middle. 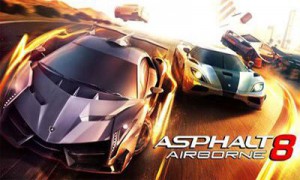 If racing is your genre, then Asphalt 8 is what you need on your smartphone. Rated as one of the best racing games ever, Asphalt 8, developed by Gameloft, is sure to give you the best gaming experiences you have ever experienced. With its stunning graphics, real life resembling cars and the best of racing tracks with amazing landscapes, Asphalt 8 will blow you out of your mind.

Available for download on Android, iOS and Windows smartphones, experience real life racing. Step on the gas, leave speed behind with the NOS and perform tricks such as Barell rolls or Flat spins, to collect bonus points and move ahead. Compete in the World Series, play multiplayer or a Local  WiFi match or build up your way up the ladder in Career mode. 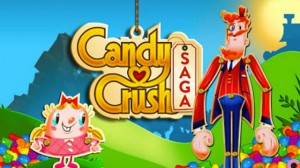 Released in 2012 by King, the same people who came up with the all-time best-seller, Farmville, Candy Crush Saga happened to break all hells loose. First released as an extension game application for Facebook, King launched Candy Crush Saga for the Android and iOS smartphone users travelling in metros, sitting idle in office and for the mothers at home.

With almost 46 million monthly users,  Candy Crush Saga was an instant hit and keeps you engaged in the game. As per our experience, out of the ones playing Candy Crush Saga, mothers are the most enthusiastic ones. No wonder the TRP for all the television soaps are going down by the day. 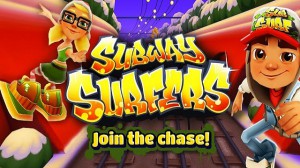 Endless running, coins, jetpacks, trains, subway and lots of lane changing and jumping around is what awaits you in Subway Surfers. Released way after Temple Run, Subway Surfer turned out to be the more favoured game on smartphones, with its ‘World Series’ concept, which travelled across various cities in world and their subways.

The game requires one to take up the role of a street hooligan who has to run endlessly to avoid being caught, after being spotted making graffiti. One has to avoid hitting or crashing into trains and other obstacles with well-timed jumps and moves, while collecting bonus points and coins.

Hope, you have all these games setup on your smartphones, so that you don’t have to sit idle. If you don’t have a smartphone yet, buy one today. When you are shopping, buy it online from the top-selling online retail stores and get a chance to save while you shop, only on shopping via CashKaro. Find the best smartphones, compare the best prices and avail the best shopping deals online. Yes! Now on shopping online via CashKaro, get the best of exclusive Snapdeal Promo Codes, Flipkart Discount Vouchers, Samsung Discounted deals etc. In addition avail Extra Cashback offers from CashKaro.

Shift Review: Everything You Must Know
To Top